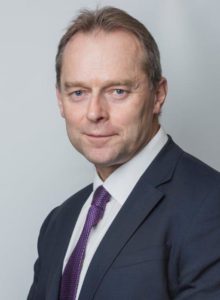 Barry Lowry has been the Chief Information Officer for the Irish Government since April 2016 with the primary task of taking forward the Public Service ICT and eGovernment Strategies. These set out ambitions for developing the use of shared services, digital services and data to better serve the people of Ireland and ensure that Ireland is well-placed to benefit from European initiatives such as the Digital Single Market.