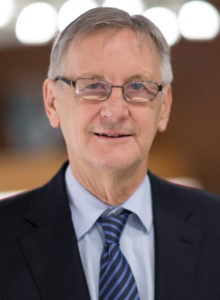 Dan Ciuriak is Senior Fellow with the Centre for International Governance Innovation, with a research focus on the interface between trade and innovation and the economics of the data-driven economy. He also holds fellowships with the Asia Pacific Foundation of Canada (Vancouver) and the C.D. Howe Institute (Toronto), and has an active economic consulting practice on trade, finance and development, with a focus on quantitative analysis.

Previously, he had a 31-year career with the Government of Canada, which included 13 years with the Department of Finance, a posting as Finance Counsellor in Canada’s Embassy in Bonn, a four-year stint as deputy to the Chair of the Economic Committee of the Asia Pacific Economic Cooperation (APEC) Forum, and a final stage as Director of Modelling and Research and Deputy Chief Economist at the Department of Foreign Affairs and International Trade (now Global Affairs Canada).

He is widely published and comments frequently in the media.