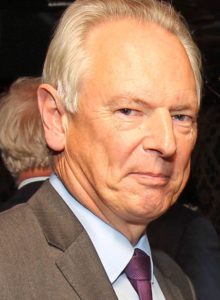 The Right Honorable Lord Maude of Horsham served as Margaret Thatcher’s Minister for Europe and Hong Kong, Minister for Corporate Affairs, and Financial Secretary to the Treasury in the 1980s. After re-election in 1997, he served as Shadow Chancellor of the Exchequer, Shadow Foreign Secretary and Chairman of the Conservative Party. Between his two periods of public service, Francis Maude was Global Head of Privatisation at investment bank Morgan Stanley.

In 2010 Francis was appointed Minister for the Cabinet Office. Under his leadership, the British Government became world leader for digital government, creating the Government Digital Service (GDS) now replicated by governments across the globe. He led the government’s cost-cutting programme, structural and cultural reforms to the Civil Service, reformed the commercial function of government, renegotiating contracts and cutting costs, and created a “modern privatisation” programme, spinning out over 100 public services into staff-led private and social enterprises. This programme delivered over £50 billion of savings between 2010 and 2015.

Francis also led the Government’s programmes on open data and transparency – the UK became the top-ranked country in the world for open government; and he chaired the newly-formed Open Government Partnership (OGP), now joined by over seventy governments.

Digital Transformation in Government: how to make it happen

Government as a Platform: Deliverable or Dream?