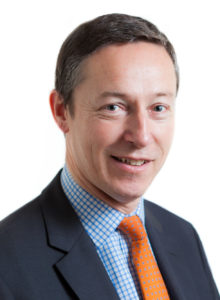 Frank Leyman holds a Master degree in Marketing and in Applied Economics from the University of Mons in Belgium. He started his career with IBM Belgium in the telecom division. After 6 years he joined the Belgian National Telecom operator BELGACOM where he was in charge of setting up the Corporate Services Sector. After 3 years he was appointed as Distribution Channels Director for the Belgacom Group. In 1999 he left Belgacom for a more international career by joining the company PROTON WORLD. This company is specialized in large scale smartcard based projects.

He has been in charge of business development in the Middle-East and African Region and has co-developed the complete Government offering. Since mid 2005 he works for FEDICT (now called the Digital Transformation Office within the Federal Public Service Policy & Support (BOSA)) where he manages International Relations as well as the relations with European Commission, OECD and the World Bank. He is the Past Chairman of the International Council for IT in Government Administration (ICA), he is a member of the TEG (Technical Expert Group) of the World Bank, he is member of the OECD e-Leaders and is the Belgian representative in the eGovernment High Level Group of the European Commission. He is a regular speaker at conferences and universities around the world.