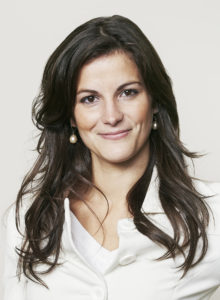 As the CEO and Co-Founder of two international companies, MC2 and M&C Consulting, Giovanna Mingarelli plays the dual role of technology entrepreneur and thought leader. For over 15 years Ms. Mingarelli has worked in the field of political and digital communications and has served in the office of a former Prime Minister of Canada. Her work involves harnessing the power of verifiable claims and blockchain to enable greater authenticity, accountability and trust between people, governments, companies and organizations.

To this effect, she is a board member of the Government of Canada Treasury Board Secretariat External Advisory Board for Talent Cloud, developing the future of work for Canada’s Public Service. She is also on the International Standards Organization (ISO) Committee for Blockchan and Ledger Technologies. Through her work with the multi-partisan organization, Equal Voice: Electing Women in Canada, she has been a Parliamentary witness and a keynote speaker relating to the advancement of young women in politics and digital democracy. A prolific writer, Ms. Mingarelli has contributed to: The Globe and Mail, The Toronto Star, CBC-Radio Canada and the Hill Times, to name a few. She is a regular contributor to the Huffington Post and is cited by Harvard Business Review and Forbes.

An expert on the gamification of politics, social engagement and crowdsourcing, Ms. Mingarelli has been an active contributor to events at the White House in Washington, D.C., the World Economic Forum’s Annual Meeting in Davos, Switzerland and the Annual Meeting of the New Champions in Dalian, China. In 2011, she was named a Global Shaper by the World Economic Forum for her efforts to improve the state of the world through entrepreneurialism and civic engagement. In 2015 Ms. Mingarelli was named one of Canada’s Top 100 Most Powerful Women by the WXN and a 40 Top Creative by Origin Magazine. To this end, she’s involved in many youth empowerment initiatives, such as Global Dignity Canada, which she Chairs in Canada and for which she serves on the Board of Directors internationally. She holds an Honours degree in Political Science and International Relations from Carleton University.