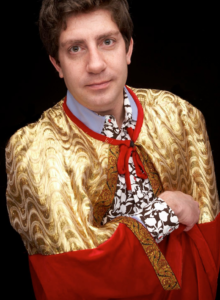 Former Director of Products and Startups, Code for America

Lane Becker has been hanging out on the Web since it was invented, from his first job setting up websites for the University of Texas at Austin in 1994 to his first failed startup in 1999, then on to more successful ventures: co-founding Adaptive Path, one of the first user experience design firms, in 2001, and Get Satisfaction, a pioneering online customer service community platform, in 2007. At Adaptive Path, Lane ran the consulting practice as well as the New Ventures program, which aided early-stage startups with product development in exchange for equity, and developed Measure Map, a blog analytics tool acquired by Google in 2005 that became the front-end of Google Analytics. Adaptive Path was acquired by Capital One Bank in 2014 and Get Satisfaction by the social marketing firm Sprinklr in 2015.

Lane is currently with the US government’s Technology Transformation Service, where he has worked with both 18F, an internal consultancy bringing modern digital practices to government, as well as the Office of Products and Programs, which develops new cross-government products and services. He currently runs 10x, an investment fund that develops ideas sourced from civil servants into technology products and services that benefit the American public. Previous to TTS, Lane worked with the non-profit Code for America, which provides similar services at the city level, as the Director of Product and Startups, leading both the product development and startup accelerator programs. He also advises Civic I/O, an Austin-based organization that unites entrepreneurs, futurists, and business leaders with mayors from across the country to collectively develop solutions for the entrenched societal and governmental issues they face.

In 2012, Lane co-authored “Get Lucky: How to Put Planned Serendipity to Work,” a New York Times bestselling business book about building a practice of continuous innovation inside organizations.