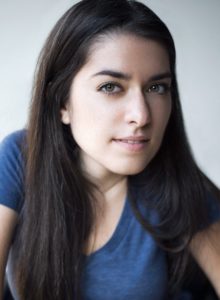 Maayan Ziv is a visionary young leader. She is an activist, a photographer and an entrepreneur. From a young age, Maayan challenged norms and worked within her community to increase awareness of disability issues and improve accessibility.

Living with Muscular Dystrophy, Maayan is a passionate and relentless advocate for creating a more accessible world. In 2015, Maayan founded AccessNow, a crowdsourced app to map the accessibility status of locations worldwide. She has since been a regular media commentator in the media on topics such as disability and inclusion. In 2016, Maayan received the City of Toronto Access Award and the David C. Onley Leadership in Accessibility Award in recognition of her innovative solutions and commitment to improving the lives of people of all abilities.

As a photographer, she has worked with celebrities, fashion models and other influential individuals. Her photography has been featured in galleries, magazines and on television. Maayan has received a Queen’s Diamond Jubilee medal in recognition of her work to increase awareness for disabilities in the arts.

Maayan also sits on the boards of the Centre for Independent Living in Toronto and the Toronto Arts Council. She earned a Bachelor’s degree in Radio and Television Arts and a Master’s degree in Digital Media at Ryerson University.

For us, by us: Mapping accessibility around the world