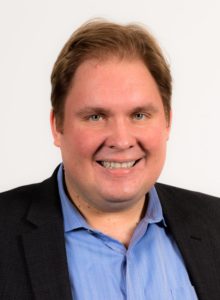 Ryan Androsoff is an international expert on digital government and an enthusiastic advocate for the modernization of public sector organizations through the use of digital technology and user-centred design approaches. With a passion for public sector entrepreneurship, Ryan has nearly two decades of experience working with a variety of government and international organizations, as well as elected officials, in Canada, the United States, and Europe. For the past 10 years, Ryan has been specifically focused on leading public sector digital transformation initiatives. Currently Ryan is partnering with the Institute on Governance to launch a new Digital Executive Leadership Program for public sector executives, and is also serving as a Special Advisor to the CIO of Transport Canada to support the department’s digital transformation efforts.

Ryan was a Co-Founder of the Canadian Digital Service, a startup organization within the federal government launched in 2017 with the mission of helping government design, prototype, and build better digital services. Previously, he had been a Senior Advisor in the Government of Canada’s Treasury Board Secretariat since 2010, where he worked on initiatives to improve digital service delivery capacity across the federal government, led the development of the first government-wide social media policies, and managed the GCTools team responsible developing the Government of Canada’s internal on-line collaborative platforms (GCpedia and GCconnex) – a set of open source technology pilots that are now used by over 100,000 public servants across Canada. In 2015, Ryan spent a year with the OECD’s Digital Government Team in Paris, France where he was involved in a number of projects including reviews in Northern Ireland and Slovakia as well as open data and digital capacity building in the Latin American, Middle Eastern and North African regions.

An experienced and dynamic presenter, Ryan has delivered hundreds of presentations over the past decade on various aspects of digital transformation and public sector innovation to audiences ranging from senior executive committees, to keynote addresses at conferences, to live webinar training sessions. For his leadership and expertise in digital transformation initiatives, Ryan has been recognized by twice receiving the Treasury Board of Canada Merit Award (2013 & 2017), the GTEC (Government Technology Exhibition and Conference) Next Generation Leadership Award (2011), and in 2017 was named one of the 75 most distinguished alumni of Carleton University’s Faculty of Public Affairs.

Ryan’s career has also included serving as a policy advisor to Canada’s Minister of International Cooperation, as well as working at the World Bank in Washington, DC on initiatives to promote results-based management in international development. Having also spent a number of years working with political office holders, he has extensive experience as a communications, policy and campaign manager at the national, provincial, and municipal level in Canada. Ryan is a graduate of the Harvard Kennedy School of Government in Cambridge, Massachusetts where he earned a Master in Public Policy degree, with research focused on the impacts for governments of new digital technologies. Ryan also has an Honours degree in Public Affairs and Policy Management from Carleton University in Ottawa. He was born and raised in Saskatoon, Saskatchewan.