How Digital Government Principles are helping to solve Phoenix

In 2009, the Government of Canada (GC) started the Transformation of Pay Administration (TPA) Initiative with the goal of decreasing the costs and improving the efficiency of processing the government’s payroll, which is about $22 billion a year.

As a result of TPA, which led to centralizing pay operations and the Phoenix pay system, more than half of the federal government’s 290,000 public servants have experienced pay problems, causing significant anxiety, stress and hardship. Instead of realizing $70 million in savings by eliminating 650 positions, automating pay processes, and eliminating duplicate data, the government will rather incur approximately $2.2 billion in unplanned expenditures which, compared to a planned budget of $310 million, is a cost overrun of about 700%. The Phoenix pay system has so far been less efficient and more costly than the 40-year-old system it replaced and continues to require departments and agencies to spend a significant amount of time and money to pay their employees accurately and on time.  By any measure, the Phoenix pay system has been a failure.

In August 2018, the President of the Treasury Board announced the Government of Canada is taking initial steps towards the creation of a new pay system. The NextGen team is taking an entirely different approach than the one that led to the implementation of Phoenix. Come and hear how applying open, iterative and user-centered design principles are helping to solve one of the biggest Canadian public sector challenges in recent years and what these approaches mean for the traditional roles of IT.

This session is open to anyone who wishes to learn how to apply digital government practices to enterprise scale programs. No previous knowledge or experience is required to attend this session. 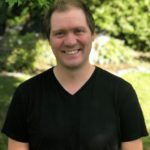