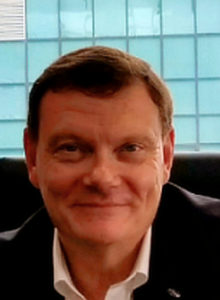 IT and Mobile Business to Business, Samsung Electronics

As DoD CIO, Mr. Halvorsen was the principal advisor to the Secretary of Defense for Information Management / Information Technology and Information Assurance as well as non-intelligence space systems; critical satellite communications, navigation, and timing programs; spectrum; and telecommunications. He provided strategy, leadership and guidance to create a unified information management and technology vision for the Department and to ensure the delivery of information technology-based capabilities required to support the broad set of Department missions. As the Department of Navy CIO, Mr. Halvorsen was the principal Information Technology, Information Assurance and Privacy Policy Advisor to the Secretary of the Navy.

Before serving as the Department of the Navy CIO, Mr. Halvorsen was the Deputy Commander, Navy Cyber Forces. He began serving in that position in January 2010 as part of the Navy Cyber reorganization. Previous to that, Mr. Halvorsen served as the Deputy Commander, Naval Network Warfare Command. He was responsible for providing leadership for over 16,000 military and civilian personnel and supporting over 300 ships and approximately 800,000 globally dispersed computer network users. In this position, he was responsible for the business performance of Navy network operations, space operations, information operations and knowledge management.

Mr. Halvorsen served as an army intelligence officer, active and reserve, in a variety of assignments, including Operations Just Cause and Desert Storm. He holds a bachelor’s degree in history from Widener University and a master’s degree in educational technology from the University of West Florida. He is a Rotary International Paul Harris Fellow and an Excellence in Government Leadership Fellow. He was awarded the Distinguished Presidential Rank Award for Civilian Executive Service in 2017.

Opening the floodgates: When faster networks accelerate everything

Every time we speed up communications, the world changes. When we moved from dialup to broadband, we unleashed entirely new computing platforms: interactive websites and cloud computing. Ubiquitous mobility gave us a connected citizenry. And now, we’re poised for another fundamental accelerant—with a new set of transformations.

The next mobile economy: Unlocking the full potential of mobile platforms

Close to half of the total global workforce uses mobile devices for business — 1.87 billion people — and the number is climbing every day. Mobile devices have become the default mode of communication, opening the doors to expansive new technologies in artificial intelligence, virtual reality and the Internet of Things. But a fundamental change is coming.